One of America’s most vibrant cities, San Francisco has a lot to offer in terms of wall murals, with many iconic sights to feature. No, you’re unlikely to want a photograph of Alcatraz Island adorning a wall in your home (or maybe you do – we’re not here to judge!), but the Golden Gate Bridge, the only manually operated cable car system in the world and loads of other landmarks means you’ll find something you DO want pretty easily.

Fisherman’s Wharf is a mish mash of colourful neighbourhoods, seafood restaurants and tourist attractions and remains home to San Francisco’s fishing fleet. It sits on San Francisco Bay and so creates amazing opportunities for stunning photography and, hence, wall murals! 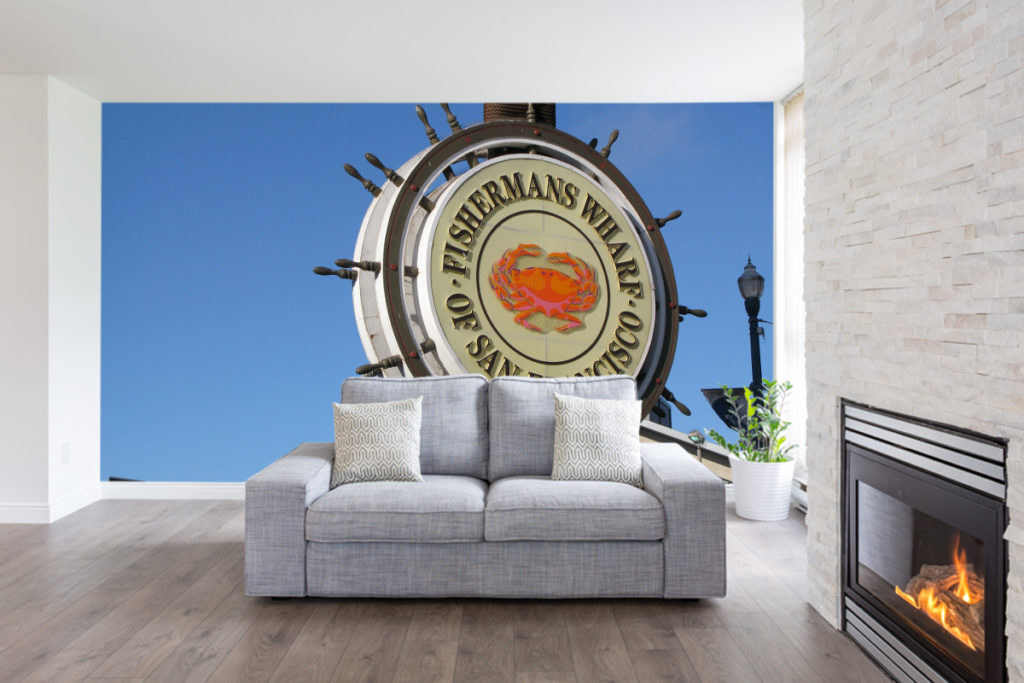 The sign that welcomes you to Fisherman’s Wharf is almost as famous as the district itself. Makes for a great wall mural too, we think. 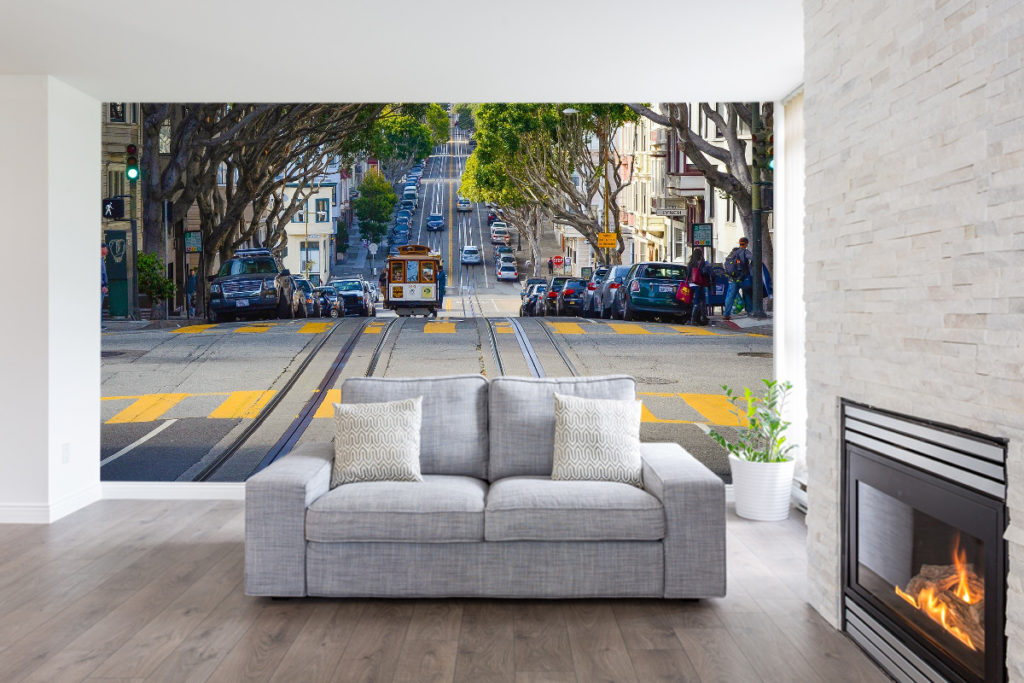 San Francisco’s terrain is challenging to say the least, but its up and down leafy streets and boulevards are perfect for wall murals. 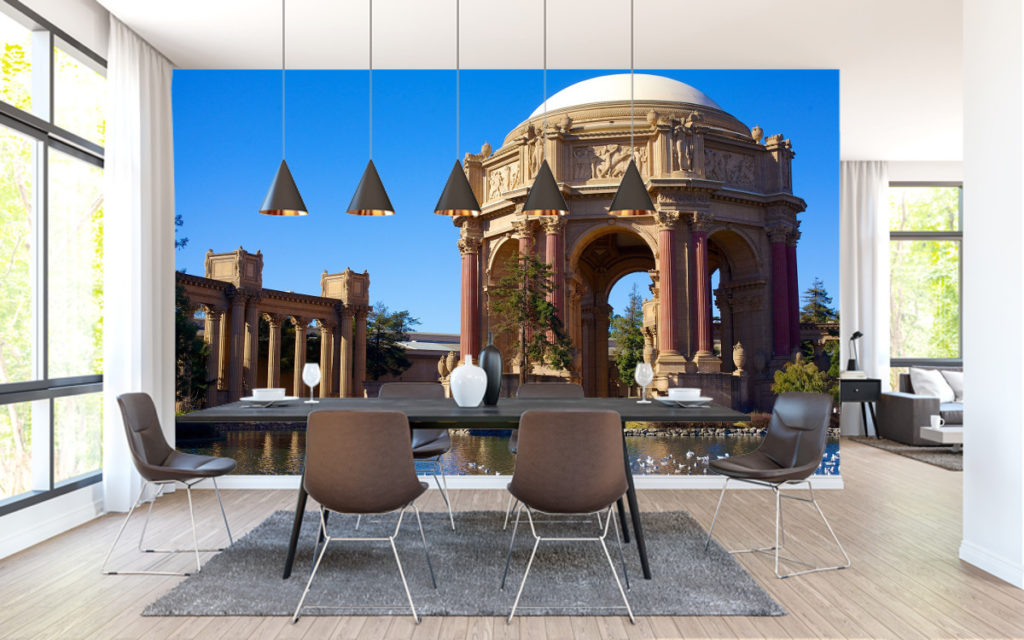 San Francisco’s Palace of Arts features superb architecture and is very photogenic – especially on a sunny day like the one in this photo. 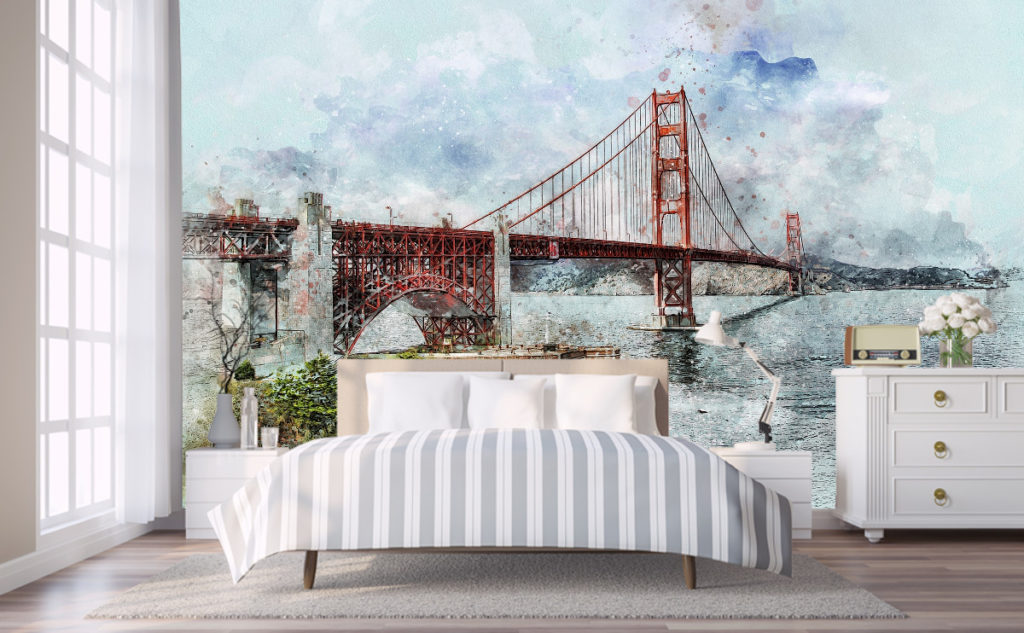 One of the most photographed bridges in the world, the Golden Gate Bridge is instantly recognisable – but why not go for something a little different, like this watercolour, for example? 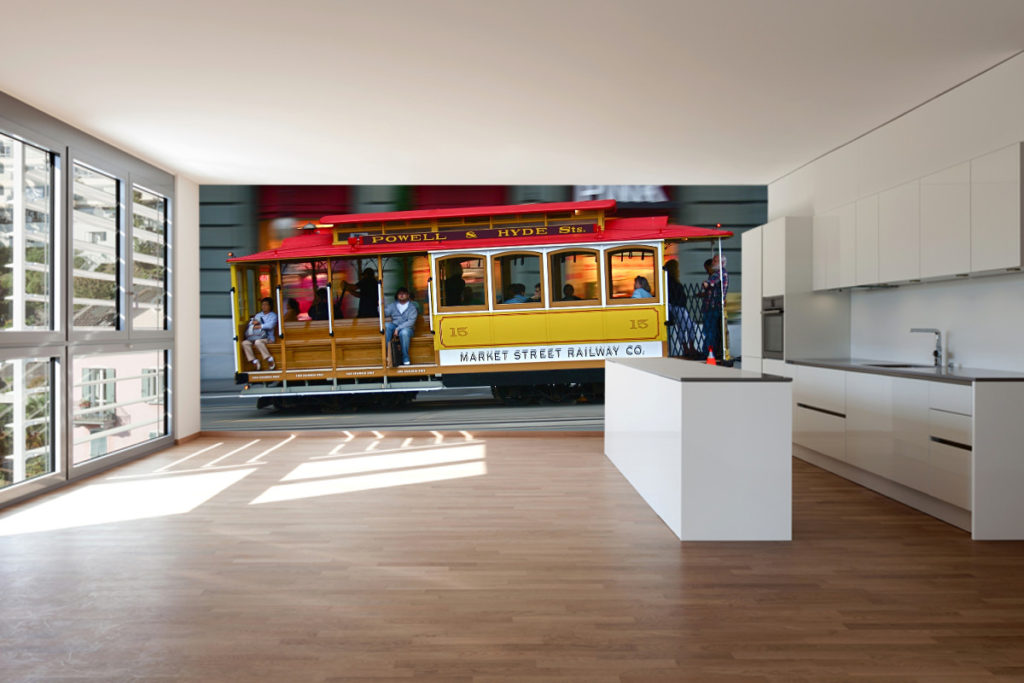 If San Francisco is world famous for anything except the bridge, it’s its cable car system. A requirement for getting around the city’s hilly terrain without a car!

Search for your San Francisco photo wallpaper wall mural now – and let us know on Facebook what other cities you’d like us to feature from around the world, we’ll see what we can do.